Crisp, clear motor control function, for example a specific action like lifting a cup, requires a sequencing of notes (a neural pathway) in the brain to trigger the process responsible for the orchestration of limbs to perform that movement.  ‘Smudging’ is an aberration of this sequencing and loss of precision in movement execution. 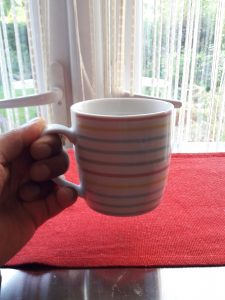 Our brains develop neural ‘pathways’ through the course of our lives.  From infancy our journey of learning – biologic and social – is filled with intense periods of neural pathway creation.  Adaptation and survival in our surroundings sparks this activity.  Through movement we can control, harmonise, manipulate and orchestrate our environment.

Pathways can also become lost or disturbed as our environment changes or due to inactivity.  The result is the loss of output action or reduced competency.  The phenomenon and sensation is referred to as ‘smudged’.  ‘Smudging’ refers to the lack of clarity both in terms of neural pathway to command the action as well as the loss of sensation at the functional performance end.

I have experienced this with clients who have had injuries or who have lost functionality in a particular area (e.g. thoracic spine).  The client is unable to determine surely the difference between two similar positions…for example the handlebar position could be altered within a 1cm range from a fixed point (so moved forwards, backwards, up or down).  All of the positions seem the same. 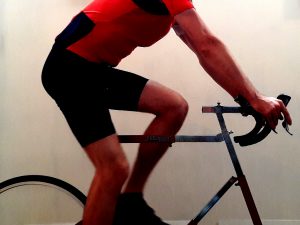 Good athletes have highly developed patterns to draw upon.  Clear patterns are indicative of better limb and body self-awareness in space to execute meaningful actions – key characteristics of competitive sport.  Repetition and practice reinforce the patterns which is why athletes mentally rehearse tasks e.g. high jumpers visualise the approach and leap. 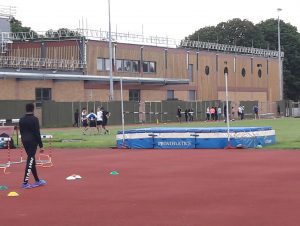 There are tests to promote and check the levels of competency.  Speed and accuracy are the key components of the test.  Smudged pathways can be re-built (depending on the level of tissue damage) through learning.

Learning is fundamentally the brain’s method of exploration and organisation: remember when you last had to learn a new task?  It’s slow at the start before finding efficiency through coordination.  Proficiency takes times and it is most efficacious in an unpressurised (time and load), playful environment.  Without the threat of punishment or fear of failure, risk taking is encouraged and development rewards in terms of learning can be better and faster.